The season 1 pilot episode received a rating of 11.1 from Nielsen Media Research on January, 13. 2008. The mainstream press reviews were generally positive. USA Today gave the premiere episode, 3 and a half stars out of four, calling the series, "smart, tough and entertaining."

The New York Times referred to it as "one of the more humanizing adventures in science fiction to arrive in quite a while", while the Los Angeles Times declared the show "has heart and feeling" and "an almost Shakespearean exploration of fate vs. character" that features "plenty of really great fight scenes, and explosions, as well as neato devices developed in the future and jury-rigged in the present." In addition, film industry journal Daily Variety declared the series pilot "a slick brand extension off this profitable assembly line" that showcases "impressive and abundant action with realistic visual effects and, frankly, plenty of eye candy between Glau and Headey."

Not all responses have been positive, however. The Futon Critic, in a June 14, 2007 review of the pilot episode, declared that "it's actually far more ingrained into the Terminator mythology than you'd expect," but stated that "this installment feels less like a 'pilot' and more like an excuse to rearrange the deck chairs on the 'Terminator' franchise to potentially have a TV show." One negative report from La Lamina Corredora reported that "the pilot feels too much like a cheap remake of T2." Lena Headey's Sarah Connor has been criticized for not being as muscular as Linda Hamilton in T2.

The ratings' trends seem to indicate that one 3-week break, one 2-month break, and the final Friday move are the only factors that seem to have actually affected the ratings. Contrary to popular belief, Terminator did not bleed viewers consistently. Most of the ratings are based on this page on Wikipedia, as well as Marc Berman of Nielsen Media. 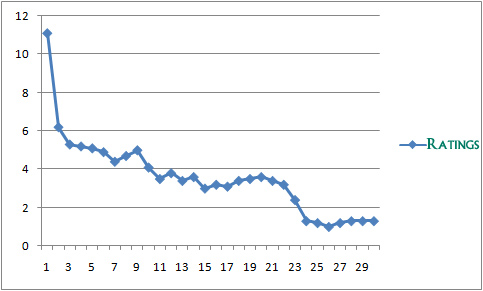 Season 2 thousands of viewers and compared with the show Dollhouse that TSCC leads into. 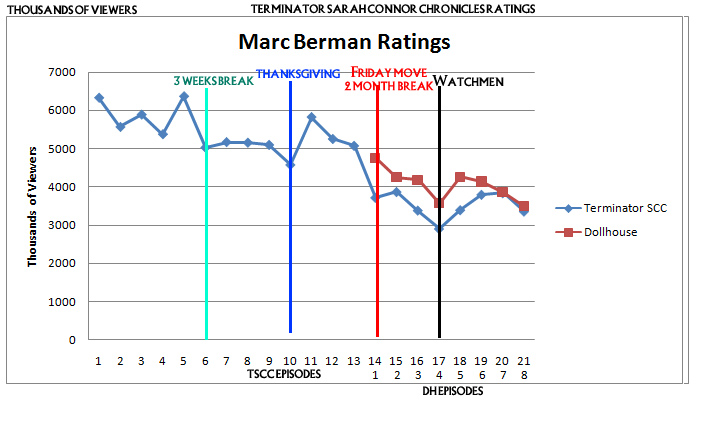 The producers of the show announced that it was renewed for a second season, initially for only 13 episodes The new season began airing on September 8, 2008 in the United States. On October 17, 2008 the network gave the show a full second season order, bringing the total number of season 2 episodes to 22. The series went on a brief hiatus mid-season, from December 16, 2008, to February 13, 2009. When it returned, it was scheduled with Joss Whedon's Dollhouse on Friday nights. A total of 31 episodes of Terminator: The Sarah Connor Chronicles aired before being cancelled on May 18, 2009. 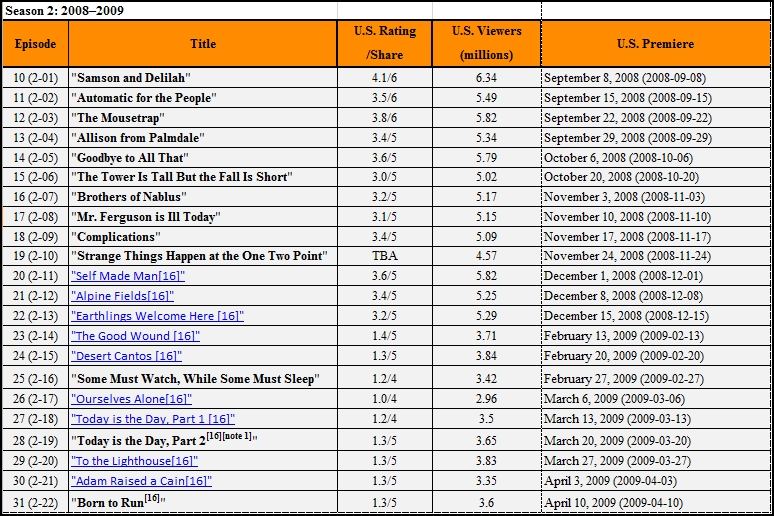