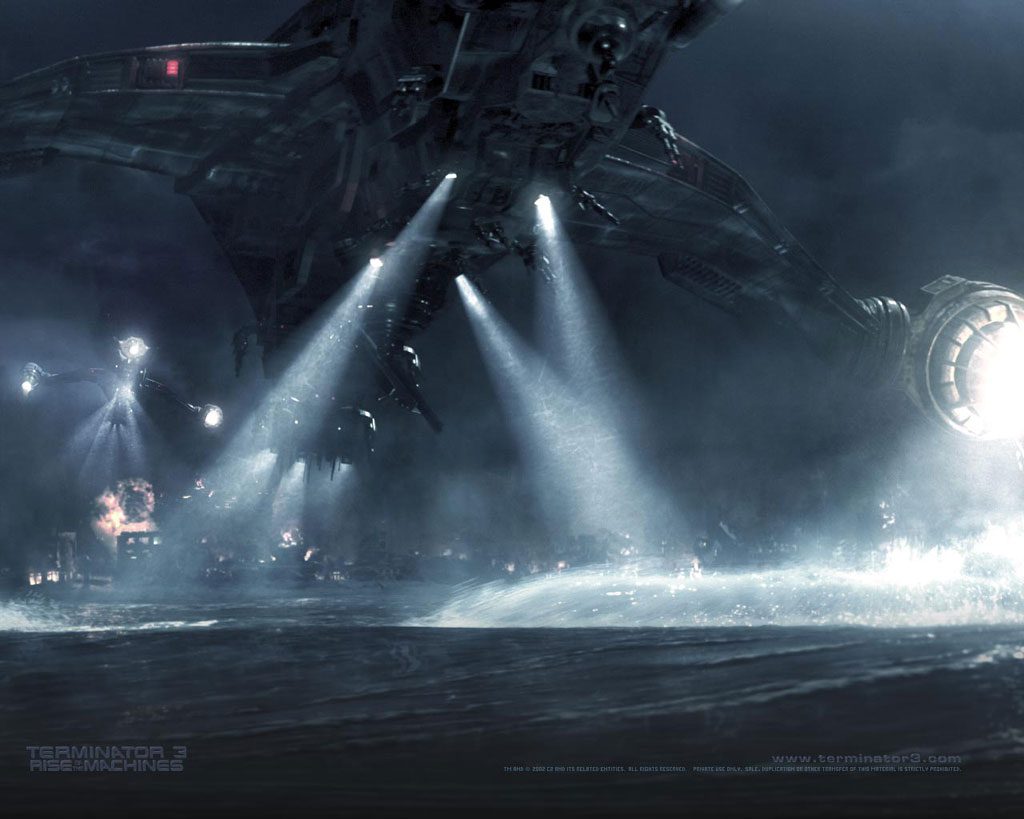 After years of battle and skirmish, the war was almost at an end. Human resistance fighters had gained the upper hand on Skynet and were now advancing on Skynet’s central computer. The core of Skynet was located in a large pyramid structure similar to that of the Cyberdyne logo.


An aerial Hunter Killer suddenly exploded in the air as three missiles hit it all at the same time. The Hunter Killer’s remains fell in a heap on the ground and threw pieces of metal in all directions. Terminator 850 series guarded the Cyberdyne structure but were eventually taken down through artillery and constant laser fire.


Laser fire and artillery started to hit the actual Skynet core building creating holes in the structure’s armored side. A young general stared into the night with night vision binoculars. The thirty five year old general was a Connor; Sean Connor.

He gave the assault one last look and then went inside the barracks. The concrete structure was underground and held the living conditions of soldiers and civilians alike. It was infested with rats and disease but it was the best Sean Connor could manage under the circumstances. Terminator units had attempted to infiltrate the structure many times usually killing scores of humans before finally being destroyed or deactivated.


Sean gave a young girl a smile as he proceeded through the halls. His presence uplifted the spirits of the men in the same way his father did. Sean unlocked a metallic door and went inside. Katherine Connor was in bed asleep. By her side was a teenage girl.


Katherine Connor, the daughter of Air Force General Robert Brewster, was now 57 years old. She had signs of age in her face and hair but still held a fighting spirit. The teenage girl looked up at Sean and stood up.


“Her health is improving slowly,” the girl said without emotion.


Sean nodded; he was used to her tone of voice. “And you?” he asked.


“He’s down the hall keeping watch,” the girl said referring to the captured Terminator 850.


“I calculate a 3 percent probability of success,” the girl said flatly.


“I love your optimism,” Sean smirked.


Sean nodded sadly; he didn’t want to see her go. Katherine suddenly awoke as they talked. “Protect John for me,” she asked the girl. 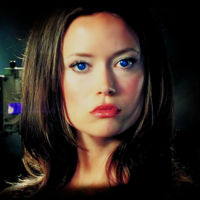 “I will protect John,” the girl answered.


“You know what to do,” Katherine pressed.


“I know what to do,” the girl answered.

Sean led the girl to the time chamber, a laboratory they had successfully stolen from Skynet in 2039. Sean gave the order to start the machine that would send the Terminator back in time. The female Terminator stripped her clothes off and prepared for the static electricity that would soon surround her.

"You've been like a daughter to me,” Sean said of her.


“Funny, you were like a son to me,” the girl smirked.


Sean watched as the room began to glow blue with lightning flashing in all directions. As the machine powered up a small sphere of light surrounded the Terminator and in a flash of light she was gone.Sean approached the T-850 who was surveying the battle. 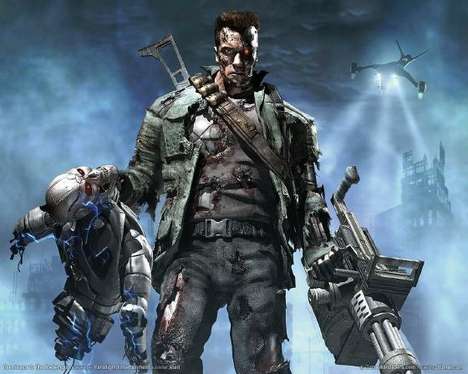 “Skynet defenses are weakening,” the Terminator observed; he had the same appearance as Model 101.


“Good. Are you ready my friend?” Sean asked.


“No problem,” the Terminator answered.


“We’ll take the tunnel system like planned,” Sean told the other fighters.


Sean, the T-850, and his fighters ran through the dark tunnel system. They were led by the Terminator whose red eye vision could see easily in the dark. Sean proceeded to lead his team underneath the Skynet fortress.


The Terminator unlocked the hatch and looked around to see if it was safe. He gave the clear to Sean and others. The Terminator stood up and continued to scan the inside of the fortress. Sean and the other fighters quickly reached the surface and held their weapons high in nervous anticipation.


“Our first priority is to destroy the power source,” Sean said. “You know the location right?” Sean asked of the Terminator.


“I have detailed files,” the Terminator confirmed.


In the upper level of the Skynet fortress, the CPU core was guarded by a specially designed Terminator 1,000,000. The T-1,000,000 was composed of liquid metal, a nano technology similar but superior to that of the T-1000. The Terminator had eight legs and an insect looking head.A Terminatrix walked into the room without its liquid metal shielding. The T-X was physically smaller but stronger than the T-850 series. It was more intelligent, faster, and was designed specifically to destroy other Terminator series. Skynet’s most advance unit, the T-X sat in a metallic chair and waited as metallic arms opened its skull. The T-X’s eyes glowed an eerie blue as it began to download information at a geometric rate.


Sean, the Terminator, and his team set the explosives around the power source. Skynet’s power source was a hydrogen fusion power generator. A massive explosion would cause a sufficient chain reaction that would destroy the fortress.

“That will be sufficient time to escape the blast,” the Terminator estimated.


After the bombs had been timed, Sean and his team made his way toward the time displacement field laboratory. They soon found themselves stopped by a metallic door guarding the facility. Sean, the Terminator, and his team fired at the door eventually causing it to explode open. 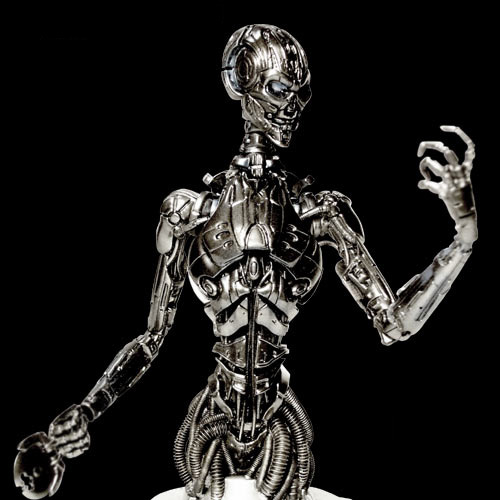 As Sean entered the room the T-X stared at them. Liquid metal began to cover its entire body and then proceeded to change color. The time displacement field generator was already warming up. The T-X activated its plasma rifle attached to its right arm and fired at the Terminator blasting a hole through its armored chest.


Sean and the other members of his team immediately fired at the T-X, but their weapons merely created holes in the T-X’s liquid metal skin. The T-X fired at one of the soldiers killing him instantly.


“Fire at the equipment,” Sean ordered.


The fighters fired their plasma rifles at the equipment causing sparks and fires throughout the room. Sean then looked up and saw a nude adult female smiling at him. “It’s too late,” she said in a feminine voice and then suddenly disappeared.


“One of my power cells has ruptured. I will continue to function on my remaining power cell,” the Terminator assured him.


“All right, destroy all of the remaining equipment in this room and then we head out,” Sean told the others.


After the time displacement field generator was entirely destroyed, Sean led his team to the Skynet CPU chamber. The T-1,000,000 was waiting for them. “Get the liquid Oxygen ready,” Sean ordered the Terminator.


The Terminator proceeded to take out a second gun which would expel liquid oxygen on his target. The liquid oxygen was highly effective against nano-technology but also rare to find. As soon as Sean’s team entered the room the T-1,000,000 made a screeching sound. 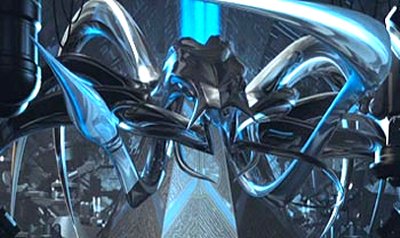 “It’s alerted to our presence,” the Terminator told Sean.


Sean and five remaining fighters fired their plasma rifle at the T-100000 but the liquid metal Terminator was seemingly unaffected as it would heal its body within seconds of being hit. The T-1,000,000 fought back stabbing two of Sean’s men through the chest with its razor sharp legs. Another soldier’s head want flying as the T-1,000,000 sliced it off with another leg.


Sean and his two soldiers retreated towards the back of the room as the T-1,000,000 advanced on them. Suddenly liquid oxygen hit the T-1,000,000 causing the liquid metal Terminator to slow and then finally freeze.


“Good, now where is the CPU?” Sean asked the Terminator.


The T-850 examined the computer station in front of him. “I cannot access the CPU,” the Terminator reported.


Sean considered the information he had just received. “Is it possible the CPU was in the T-X?” Sean asked.


“It is possible,” the T-850 allowed. “Skynet may try to merge with its counterpart in the past in order to ensure its survival,” the Terminator theorized.


Sean gave the Terminator a grave look. “Well, if Skynet is in the past then it is no longer a threat in this time,” Sean considered.


“If it reaches the surface it will not cease until it destroys all human life,” the T-850 continued.


“How much liquid oxygen do we have?” Sean asked.


“We are out,” the Terminator informed him.


“How do we kill it?” Sean asked the Terminator.


“The probability of me being able to destroy it and ensure my own survival is 0 percent. You must go Sean,” the Terminator said finally.


“What do you mean?” Sean asked it with a stunned look.


“One of my power cells may have sufficient radiation to stun the T-1,000,000 until the explosives completely destroy it,” the Terminator replied.Sean gave the T-850 a sorrowful look. “It has to end here,” the Terminator told him.


The Skynet fortress suddenly exploded from the inside throwing metallic debris into the sky. Remaining Terminator and Hunter Killer units suddenly became deactivated. The blasted destroyed the pyramid structure and shattered the deactivated Terminator units still defending it. The T-1,000,000 had been destroyed.


Sean was welcomed by cheering officers and fighters. “It’s over, it’s over,” he told his men. The war had ended.