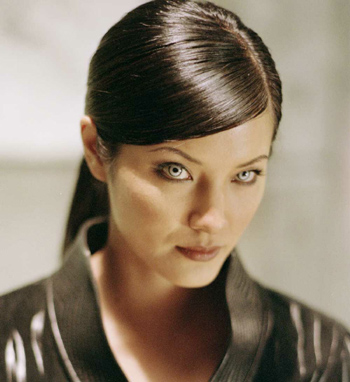 This story is initially set in the "future" of TSCC (Derek's timeline), it will move on to insert itself into the present day time period of TSCC. Although various plot points of the TV show will be touched on and the TSCC characters will be used in this story, this story will branch off from the main story of TSCC, ie: this story will not be TSCC in text form.

Notes: This story may contain violence and some language.
Update November 15, 2008: Chapter 4 is still in the works, however it's being heavily delayed since writing action sequences are much tougher than it seems. It's also a relatively hefty chapter scenewise and wordcount-wise.

Update November 29, 2008: Chapter 4, or what's left of it that I didn't cut out/omit, is finally up. The chapter ended up being only a third of the length (content-wise) of the story I had pre-planned. The other "two-thirds" will be separate chapters, probably of relatively short lengths.

Chapter 1: Activation (Future): General John Connor leads a Resistance strike force in 2038 to obtain additional Terminator units. But is it worth the sacrifice of lives?
Chapter 2: Alice (Future): Skynet has made it much more difficult for Resistance forces to reprogram its Terminators, John tries out a risky idea.
Chapter 3: Alissa (Mini Chapter): Meet Alissa. This is the first present-day chapter of the series.
Chapter 4: Moment of Peace: (NEW - Nov. 28/08) Cameron's plan for John to "get away from it all" leads to a moment of peace - but only a moment.
Chapter 5: Savior: Description coming soon.
Chapter 6: Model Zero Two (Future): Description coming soon.